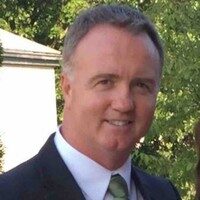 With over 40 years of printing experience, Scott started in the printing industry in 1979 attending Graphic Arts at Athens Vocational School. Here he learned the trade from developing film to running a press. Since this beginning, he has been a press operator, bindery machine operator, estimator, inventory manager, purchasing manager, sales representative, Director of Business Development, and Director of National Sales. Scott joined the Printwell team in June of 2019.

He has held all of the officer positions in the Kentuckiana Graphic Arts Association, formerly known as The Louisville Litho Club, including President for many years. He went on to go through the chairs and become National President for the National Association of Litho Clubs (NALC).

Scott is an avid outdoorsman and enjoys spending as much time as he can get with his family doing outdoor activities. He stays involved in his community and serves as President of the HOA. He enjoys traveling and meeting new people.