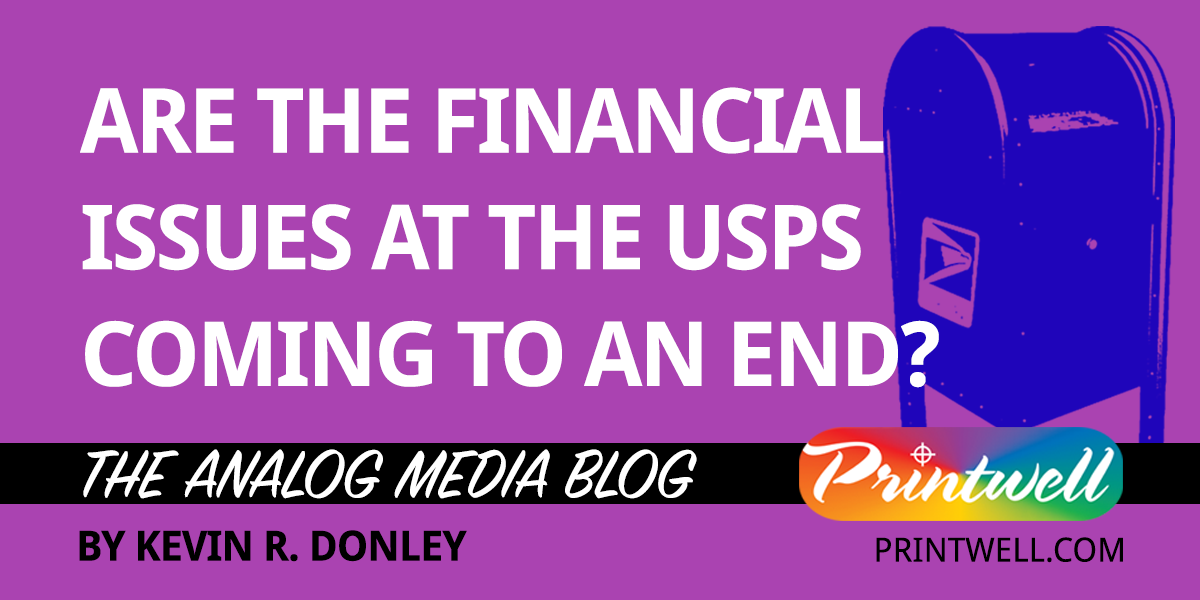 Recent developments in Washington DC suggest that the increasing financial deficit of the United States Postal Service may be moving toward a resolution.

Last November 14, the USPS reported that it had lost another $8.8 billion in fiscal year 2019. This was the thirteenth consecutive year of losses and the total debt stood at $77.8 billion.

According to reports, 83% of the losses in fiscal 2019 came from prefunding payments made by the USPS into its retiree pension and health benefits fund.

The prefunding requirement, which has been in place since the passage by Congress of the 2006 Postal Accountability and Enhancement Act, mandates that benefits for retirees are paid up for 75 years into the future. It is a requirement that most other government agencies and departments do not have.

Shortly after the law was passed, the Great Recession hit in 2007 and the volume of USPS revenues dropped precipitously. Although the recession officially ended in 2009, the USPS has never been able to recover from the difference between revenue and costs.

Previous efforts to straighten out the persistent annual deficits have stalled in Congress. However, a renewed push is now underway, coming out of a consensus among politicians, unions and mail producers that something must be done.

On February 5, the House of Representatives voted 309-106 to pass the USPS Fairness Act which ends the prefunding requirement and forgives all of the benefits payments that the USPS has been unable to make over the past thirteen years. A similar bill is being introduced into the Senate.

Meanwhile, the White House has proposed, as part of the 2021 budget, a series of changes to the USPS that will reduce costs by as much as $97 billion. These changes would include postal price increases and reductions in postal employee wages that would ” put them more in line with other federal employees.” It will also make reductions in retirement and health care benefits that are being proposed by the Trump administration for all other federal employees.

It is difficult to say with certainty that the persistent and significant financial problems at the USPS will be resolved in the near future. What is clear is that measures are being prepared to deal with the ongoing crisis and these changes may well impact the mailing costs as well as the services available to print and mail producers.

We will be following it and will report on any new information that becomes available. As always, we are committed at Printwell to keeping our customers informed about changes at the USPS that impact your business. If you have any questions, please send us a message here and someone from our sales team will get back in touch with you.

1 thought on “Are the financial issues at the USPS coming to an end?”